The prior art patent or printed publication must disclose information that raises a “substantial” new question of the patentability of one or more claims of the issued patent. It is not sufficient that a request for reexamination merely proposes one or more rejections of a patent claim or claims as a basis for reexamination. The request for reexamination must demonstrate that a patent or printed publication that is relied on in a proposed rejection presents a new, non-cumulative technological teaching that was not previously considered and discussed on the record during the examination of the patent application that resulted in the issued patent. The substantial new question of patentability may be based on prior art previously considered by the Patent Office if the prior art is presented in a new light or a different way that was not considered during the earlier examination of the patent application that issued as the patent.

Ex parte reexamination of a patent can be requested at any time during the period of enforceability of the patent. To request a reexamination, the requester must submit a formal “Request for Exparte Reexamination” to the U.S. Patent and Trademark Office.  The Request must include the following parts:

(1) A statement pointing out each substantial new question of patentability based on prior patents and printed publications.

(3) A copy of every patent or printed publication that is prior art or was publicly available before the filing date of the patent application that is relied on or referred to in (1) and (2) above.

(4) A copy of the entire issued patent for which reexamination is requested.

(6) A certification by a third-party requester that statutory estoppel provisions of 35 USC 351(e)(1) or 35 USC 352(e)(1) do not prohibit the requester from filing the request for reexamination of the patent.

The request for reexamination is reviewed by a panel of three experienced Patent Office Examiners within a specialized unit of the Patent Office called the Central Reexamination Unit (CRU). The CRU overseas the examination and handling of ex parte reexaminations, as well as other post-grant patent proceedings. The CRU is staffed with senior primary patent examiners and supervisory patent examiners having a wide range of technical expertise and advanced patent legal knowledge. If the CRU finds that the request presents or raises a substantial new question of patentability, the CRU orders a reexamination of the patent.

A detailed discussion of the laws, rules and procedures governing Ex Parte Reexamination may be found in the Manual of Patent Examining Procedure (MPEP) Chapter 2210 (9th Ed., June 2020). The current version of the MPEP can be found on the internet website of the United States Patent and Trademark Office, http://www.uspto.gov, by typing “MPEP” in the “Search our site” box at the upper right of the home page and clicking the green arrow. 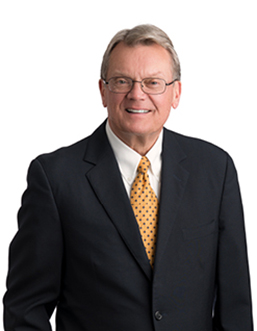