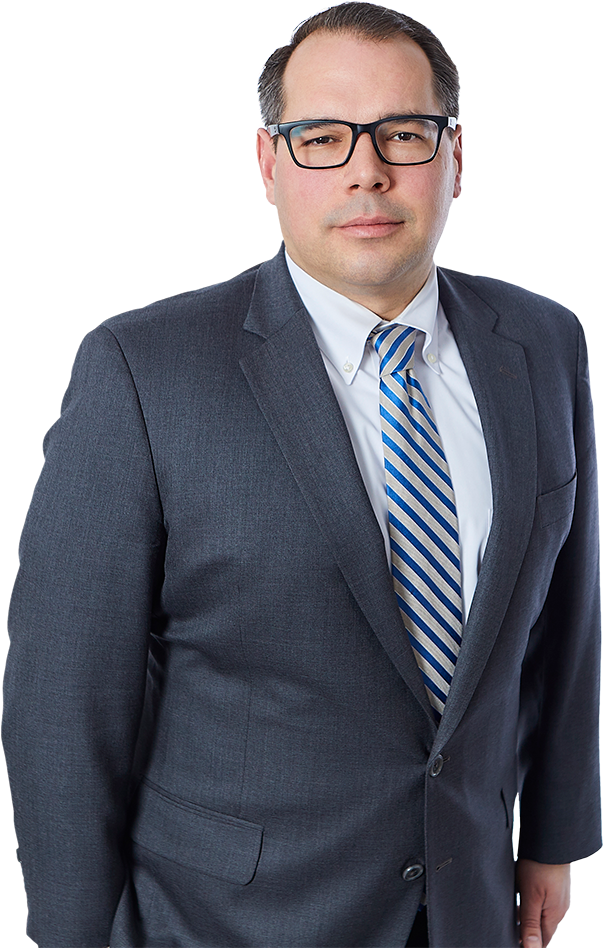 Aaron focuses his practice on commercial litigation with an emphasis on representing insurers in coverage and extra-contractual matters, providing tenacious advocacy and practical solutions.

An experienced litigator, Aaron has represented clients facing many varied matters in both state and federal courts. Aaron has tried both bench and jury trials and has obtained successful trial verdicts for his clients. He has prepared and successfully argued a number of dispositive motions that resulted in client victories. He has also successfully represented clients in arbitration and has settled numerous matters to his clients’ satisfaction at mediation.

Aaron has prepared appellate briefs and argued issues of first impression in the State of Missouri. Whether arguing before a judge or jury, Aaron is a critical contributor to Sandberg Phoenix’s ongoing success and reputation as the go-to law firm for business and business litigation matters.

Having developed a deep knowledge of several industries, Aaron represents insurers in insurance coverage and bad faith cases. Aaron provides clients facing issues in these areas not only top-shelf representation but also in-depth analysis relating to complicated factual scenarios and complex legal issues. His effective, comprehensive analysis is performed cost-consciously in order to provide clients with the most superior legal services at a reasonable rate. Aaron also contributes to the Bad Faith Blog, the premiere insurance blog on the Internet.

Aaron joined the firm in 2003 and practices business litigation and product liability. He currently serves as a member of the Sandberg Phoenix Executive Committee and Compensation Committee, and is team leader of the Insurance Group. He has previously served on the firm’s Recruiting Committee, and as the Business Litigation Practice Group Leader.

Outside of the office, Aaron enjoys golfing, attending St. Louis sporting events and concerts and spending time with his wife and young children. He is an avid moviegoer and likes keeping up with several television series.

Obtained summary judgment in Missouri state court on issue of whether single vehicle accident which resulted in the drowning of two people triggered multiple occurrences under a Commercial General Liability policy and an additional $1 million in coverage.  The court found in our client’s favor and ruled there was only a single occurrence under the policy and a single $1 million limit of coverage.

Aaron obtained summary judgment on behalf of an insurer in the U.S. District Court, Eastern District of Missouri. The case involved numerous insureds who were involved in a multi-vehicle accident which left one of the claimants paralyzed. After satisfying the limits on policies, summary judgment was granted due to exhaustion.

In a case of first impression before the Missouri Supreme Court, Aaron obtained a favorable ruling for a client which exempted them from state sales taxes under a federal law prohibiting the imposition of taxes on air commerce or air transportation. The case received both national and local media attention.

After a four-day jury trial in U.S. District Court-Eastern District of Missouri, Aaron obtained a six-figure jury verdict for his client on multiple breach of contract counts relating to the rentals of heavy drilling equipment.

After a three-day bench trial, Aaron obtained a complete defense verdict for his clients, who were alleged to have breached their fiduciary duties as trustees of a homeowners’ association at the Lake of the Ozarks.

Aaron obtained summary judgment for an insurer in a declaratory judgment action filed in U.S. District Court-Western District of Missouri regarding whether the insurer properly denied coverage under a claims made and reported employment practices liability policy when the insured failed to provide timely notice of an EEOC charge, which later resulted in a lawsuit.

Aaron assisted in a week-long arbitration hearing under the International Rules of Arbitration, which resulted in a multi-million dollar arbitration award for our client.

Mackrell International, one of the world’s premier networks of independent legal firms.

Serves as a Fellow of the American Bar Foundation, which is made up of lawyers, judges, law faculty and legal scholars who have demonstrated outstanding dedication to the highest principles of the profession and their communities. Only one percent of lawyers licensed to practice in a given jurisdiction are invited to become a member.

Aaron was an editor of the Saint Louis University Law Journal.

Aaron gives back to the community by being involved in the following organizations:

Member of the South St. Louis County Chamber of Commerce

"Bad Faith: How to Recognize it in Your Case," National Business Institute

"Insurer’s Duties to Defend and Indemnify: Missouri," Practical Law (May 2020)

Partnered with The Knowledge Group, “Bad Faith Claims and Its Impact on Insurance Companies”

Top Rated Lawyer in the Midwest

2017-2018
The American Lawyer and Corporate Counsel

Given by attorneys who have interacted with Aaron during his legal career.
Litigation Counsel of America