The Missouri Court of Appeals for the Eastern District of Missouri ruled in favor of an accounting firm (Respondent), upholding Summary Judgment entered in its favor. The case was filed by a trust and a limited partnership which were wholly controlled by Christopher Jackson (collectively, Appellants). Lyndon Sommer, a Sandberg Phoenix shareholder, represented the accounting firm.

Respondent reviewed the financial statements of non-party AMS Investment, LP (“AMS”) and performed Agreed Upon Procedures to calculate the purchase price of Appellants’ interest in AMS in accordance with the limited partnership agreement. AMS was a client of Respondent, but Appellants were not.

Appellants separately filed a negligence action against Respondent claiming it was negligent in reviewing the AMS financial statements. Appellants further alleged the amount calculated for their ownership interest should have been significantly higher. After substantial discovery was conducted, Respondent filed a Motion for Summary Judgment arguing Appellants could not meet their burden of proving they relied on any representation made by Respondent because Appellants rejected the offer which was based on Respondent’s calculation. Appellants claimed Summary Judgment was not proper because Respondent owed them a duty to satisfy the standards of care governing Agreed Upon Procedures. Essentially, Appellants asked the Court to allow third-party non clients to maintain an action against an accounting firm based solely on the fact the accounting firm owed a duty to the third party.

This decision is not only important for the accounting profession but may extend to protect other professionals. Often, third parties focus on the duty element of a negligence claim but completely ignore the causation factor. Even if a professional is found to breach the standard of care – which did not occur in this case – third-party plaintiffs must still establish how they relied on representations made by a professional. 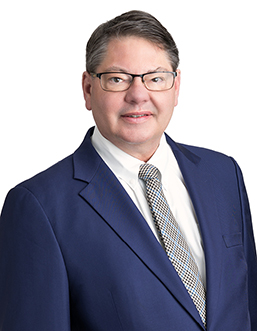