Four minors have just filed three separate lawsuits seeking class action status on behalf of other young people against JUUL Labs, Inc., in the United States District Courts for the Eastern and Western Districts of Missouri for health issues allegedly related to nicotine addiction and exposure to toxic chemicals.  The four minors also contend they experienced economic loss from purchasing vaping products they supposedly would not have bought had they been given different warnings.  At the same time, four other teenagers and young adults have sued JUUL Labs in the United States District Court for the Southern District of Illinois and the Circuit Court of St. Charles County, Missouri, after they allegedly became addicted to nicotine within weeks of first using JUUL e-cigarettes.

In their complaints, the plaintiffs claim their nicotine addiction led to a multiple-pod per day habit that caused various medical problems ranging from respiratory illnesses and psychological disorders to seizures, strokes, brain surgeries, paralysis, partial vision loss, speech impairment, cognitive impairments, imbalance, mood disorders, anxiety, depression, distractibility, restlessness and permanent brain changes.  Some of the plaintiffs also contend they are concerned they may experience future adverse health effects that are currently unknown and have asked for a medical monitoring program to be established to fund periodic medical examinations along with research into the effects of e-cigarette use.

The plaintiffs’ lawsuits argue JUUL committed unfair business practices and/or violated the RICO Act by marketing e-cigarettes to people under the age of 26 through the use of “appealing” flavors and “slick” advertisements without disclosing e-cigarettes’ reported risks, such as nicotine addiction, high blood pressure, vascular damage, stroke, heart attacks and cardiovascular injuries, mood disorders, cancer and other health issues traditionally linked to combustible cigarette use.  The three Illinois lawsuits also name PAX Labs, Inc., for its development of the JUUL e-cigarette along with Altria Group, Inc., and Philip Morris USA, Inc., because JUUL purportedly had access to Altria’s and Philip Morris’ industry infrastructure.  Similarly, one of the Missouri class action complaints identifies Altria as a defendant based on its investment in JUUL and the St. Charles County case names a vape shop as a defendant, presumably to prevent JUUL from removing the case to federal court.

These cases come on the heels of several other individual and class actions filed in California, Florida, New York and Pennsylvania involving young people who claim they became addicted to e-cigarette products without knowing the products contained nicotine.  In fact, a complaint filed in the Superior Court of San Francisco County, California, accuses the entire e-cigarette industry as a potential defendant who worked and conspired with JUUL to design and promote e-cigarettes despite knowledge of the risks associated with the devices and to downplay those risks while overstating e-cigarettes’ benefits.

The seven recent lawsuits filed across Missouri and Southern Illinois represent some of the largest medical harm claims that have been made against JUUL and could signal an increase in litigation against e-cigarette manufacturers for medical problems that are supposedly attributable to vaping products.  Indeed, the Illinois complaints are all more than 80 pages long and contain narratives regarding the history of e-cigarettes and e-liquids, nicotine’s effects on users, and industry marketing efforts that are virtually identical to allegations contained in earlier lawsuits. The matching lawsuits demonstrate the plaintiffs’ bar is just beginning to direct its full attention against the e-cigarette industry and is compiling a repository of data to support their claims.

Significantly, the Missouri and Illinois lawsuits were filed shortly after the Wisconsin Department of Health Services issued an August 2, 2019, public health advisory regarding 11 teenagers and young adults who were hospitalized with severe lung disease following reports of recent vaping or dabbing.  Illinois, Minnesota, New Jersey, New York and North Carolina have released similar warnings.  More than 200 additional hospitalizations have been reported since the Wisconsin advisory was published.

Although the e-cigarette industry has been blamed for these hospitalizations, not one health department has identified a single product as being the cause of the patients’ health issues.  In fact, another Wisconsin Department of Health Services advisory published on August 8, 2019, and less than a week after its original public health advisory noted the products the patients used were unknown and could include a number of substances other than nicotine, such as THC, synthetic cannabinoids, or a combination of these.  Notably, there have been multiple instances in the past where people were hospitalized after smoking vape pens laced with marijuana wax or possible narcotics, and the United States Army in 2018 even issued a warning on the risks of synthetic cannabinoid vaping.

Investigators are also trying to determine whether the patients’ e-cigarettes were purchased from unauthorized middlemen in the secondary market and whether the breathing difficulties with which the patients were diagnosed might have been related to contaminated e-liquids.  Notably, there is a significant black market for illegal and unregulated vaping products containing THC or other illegal drugs that might provide an alternative explanation for some of the health problems described in the Missouri and Illinois complaints.  At a minimum, the availability of dangerous black market vaping products demonstrates the importance of determining through discovery what types of vaping devices the plaintiffs used along with the substances the plaintiffs ingested.

Sandberg Phoenix has offices throughout Missouri and Southern Illinois with dozens of attorneys experienced in representing manufacturers, distributors, and suppliers in high-exposure, multi-party mass tort and class action matters at the regional and national level involving a wide range of products and chemicals.  This experience along with our background representing healthcare providers in Missouri and Southern Illinois have equipped our attorneys with the scientific knowledge and expertise necessary to help e-cigarette and e-vapor manufacturers, distributors, and suppliers defend against allegations that their products caused medical problems.  We also represent a wide range of companies in fire science matters, which allows us to address claims involving exploding e-cigarette batteries and burn injuries associated with those incidents. 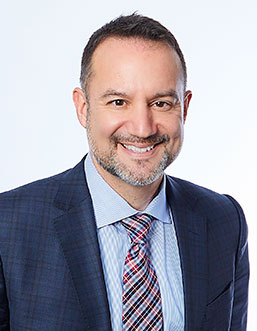