On June 1, 2022, the Seventh Circuit Court of Appeals issued an opinion clarifying “that an employer can violate the FMLA by discouraging an employee from exercising rights under the FMLA without actually denying an FMLA leave request.”

The opinion came in a case filed by a former corrections officer for the Cook County Sheriff’s Office.  The plaintiff in the case had developed several serious health conditions for which he requested and received FMLA leave on many occasions between 2007 and 2016.

In September 2016, the plaintiff discussed with an FMLA manager the possibility of using, in part, some of his remaining FMLA leave for an 8-week treatment program to address his PTSD.  According to the plaintiff, the FMLA manager told him “you’ve taken serious amounts of FMLA…don’t take any more FMLA.  If you do so, you will be disciplined.”  The defendants denied these statements were made, as alleged by plaintiff.

Thereafter, the plaintiff never submitted an FMLA request and did not use any of his remaining FMLA leave.  He decided to retire after his conversation with the FMLA manager later that same month.

The district court granted summary judgment to the defendants on all plaintiff’s claims.  The court concluded, in relevant part, the plaintiff’s FMLA interference claim failed because the plaintiff did not show an actual denial of FMLA benefits.

The Seventh Circuit Court of Appeals reversed this part of the district court’s decision.  The Court of Appeals noted five things must be shown to prove an FMLA interference claim, but it focused on only one of them: the requirement that the employer deny or interfere with FMLA benefits to which the plaintiff was entitled.

The Seventh Circuit concluded a denial of FMLA benefits is not required for four reasons, after considering both the statutory text and context of the anti-interference provision.

The Seventh Circuit did, however, acknowledge that an FMLA violation is not enough to establish an interference claim: a plaintiff must still show the violation prejudiced him.  It then shared some doubt as to whether the plaintiff in this case would be able to show such prejudice.

Only time will tell how this case shakes out when it returns to the district court.  But for now, employers (including but not limited to those in Illinois) should be aware: an FMLA violation can occur even when an FMLA request is not made and when FMLA is not used. 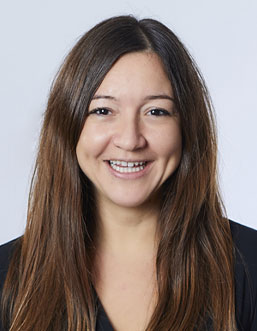