Missouri Court of Appeals Rules on Pleading Requirements for Interpleader

In Farmers Ins. Co., Inc. v. Mabie, et al., Case No. WD84881, -- S.W.3d -- (Mo. App. W.D. Aug. 23, 2022), the Missouri Court of Appeals, Western District, reversed the circuit court’s dismissal of Farmers Insurance’s petition for interpleader related to Farmers’ coverage of a September 2020 fatal car crash. The Court explained an interpleader action includes two separate phases of litigation. The first is strictly limited to the court determining “whether the requirements for interpleader have been met” and the second “leaves the claimants to the money to litigate their claims between themselves.” The circuit court’s dismissal arose during the first phase, such that the decision was limited to whether Farmers’ sufficiently alleged essential elements of an interpleader action: “(1) two or more persons [have] colorable claims against the [insurer] or its insured; and (2) the claims are of such a nature that the [insurer] or its insured is or may be exposed to double or multiple liability.” Because Farmers’ petition alleged three people had claims against the subject policy, each possessing independent claims subject to the policy limit, and Farmers’ insured could be exposed to multiple liability, the petition adequately pled an interpleader action.

The Court rejected arguments that potential claims against Farmers’ insured cannot be used as an alleged exposure to multiple liability for the carrier. Further, the Court rejected the claimants’ attempt to impose additional requirements to properly plead a claim for interpleader based on prior authority. Instead, the Court held additional pleading requirements, i.e., the claimants’ settlement offers were conflicting; the claimants are rivals seeking the same proceeds, or the claimants have a dispute over apportionment of the proceeds, focus on apportionment of the insurance fund, the second phase of an interpleader action. Instead, § 507.060 “prescribes virtually the sole test of whether or not a bill of interpleader will lie[,]” and “[t]he plain and unambiguous language of Section 507.060 requires Farmers to state only two averments.” Accordingly, the Court reversed dismissal of Farmers’ interpleader action and remanded the matter to the circuit court. 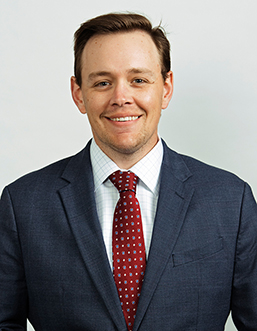